You are here: Frontpage1 / About GTS2 / Cases

The following four company case studies provide insight into how the GTS institutes work concretely to apply technology and work in partnership with Danish businesses to build innovation and growth.

Just dive in, waiting won’t help and Say yes to all the feedback and ideas you can get. For Dorte Martinsen, CEO of BM Silo, these are the two key messages behind BM Silo’s robot success.

Start out with a pilot project involving selected employees. Gain some experience, and say yes to all the external sparring you can get, says Martinsen, who bought a used British robot for her employees to play with at the beginning of the project.

This was the starting-point for what subsequently developed into fully automated silo production at the company premises in Holstebro. The result has been more competitive products on the global market, while employees have been freed of a significant amount of heavy lifting of steel and concrete.

Martinsen says, Six employees attended a course at DTI to learn how to use the British robot. Two of them opted to continue working on the project. After completing a year’s pilot project, we had gained sufficient experience and knowledge to look at a big solution.  Previously, five employees were handling this part of our production, which now requires the attention of just one. This means that the robots are taking care of everything that is heavy and hard to handle, whereas the manual line is used to work on small elements that the robots cannot handle.

BM Silo’s robot experiment project ran for four to five years. Without external support and assistance, the project might never have got off the ground. The company collaborated with a wide range of partners, including robot experts from DTI. BM Silo also got an innovation check-up from the GTS Innovation Agents.

Martinsen’s recommendation is that SMEs should take the maximum possible advantage of external cooperation opportunities – particularly because small businesses cannot develop a full range of competencies in house.

Last year (2017), FORCE Technology invested in a fully automatic force calibration machine, the largest of its kind in Denmark. This investment has greatly benefited Eilersen Electric A/S, a 27-person business that has sold robust road cells to customers in Denmark and beyond for some fifty years. 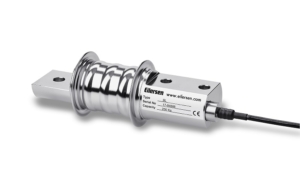 When one of the world’s leading food manufacturers decided to replace all its weighing sensors from a Swiss supplier in their Mexican assembly plant with digital weighing sensors manufactured by Eilersen Electric A/S, part of the reasoning behind the decision was that the weighing cells are calibrated by FORCE Technology. After each calibration, FORCE Technology issues an individualised certificate recognised by the International Laboratory Accreditation Cooperation (ILAC).

A certificate from FORCE Technology adds credibility to the quality of our products. So access to FORCE Technology’s pool of knowledge and competencies boosts our ability to sell our products on export markets, including Mexico, says Frederik Juul Eilersen, Eilersen Electric’s General Manager.

Juul Eilersen reports that customers are increasingly demanding fast delivery. This means that proximity to the FORCE Technology test facilities is of vital importance. FORCE Technology’s investment in new facilities that will enable testing and certification in Denmark in future is extremely important to us. Without this investment, this knowhow would disappear from Denmark. That would make it hard for us to maintain a high level of flexibility towards our customers, says Juul Eilersen.

The first fifty weighing cells have already been delivered to the production site in Mexico, following their calibration at FORCE Technology. There is potential for a total of 300 weighing cells over the next one to two years.

Case study 3: GTS competencies were the launching pad for a new company

CerCell was founded by Per Stobbe, the CEO. From day one his aim was to design, manufacture and supply specialised single-use equipment for biotechnological production of recombinant proteins and cell therapies. Today, CerCell produces bioreactors ranging in size from 500 ml to 30 l for use by the biotechnology industry in R&D. 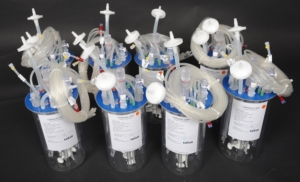 Ten years ago, a research project with Bioneer enabled me to move into their laboratories for a period of two years. During that time, I had the best possible conditions for developing my bioreactors further. I brought eight years of experience from DTU with me, but getting the chance to move in with Bioneer and access their facilities and competencies within the field of cell biology was vital. It also produced an enormous amount of useful experience, says Stobbe.

The cooperation with Bioneer boosted ongoing development efforts. Today the product has matured and is patented in both the EU and the United States. Thirty EU and US businesses now use it, and CerCell expects market growth of 75 per cent in 2018 and a doubling of sales in 2019.

As a GTS institute, Bioneer gave us access to facilities we could not afford as a new company. The smart link between project funds, access to the Bioneer labs, and our work with advanced bioreactors gave us the chance to become a global company and to sell our products worldwide.

Hit hard by the economic crisis, the family business Thürmer Tools rethought itself from scratch and has now regained a strong position in the market for tools. The company has worked closely with the GTS institutes.

Thürmer Tools is a family business that was founded in 1898. After taking a hit in the recent economic crisis, the company bet everything on a radical digitisation and reorganisation of their entire production. In the process, the company benefited from the GTS institutes’ vast knowledge of 3-D print, tribology and computer flow analyses – all areas where the GTS institutes deploy international-level expertise, according to Erick Thürmer, who heads the company.

Two factors have put Thürmer Tools back on the map: the GTS institutes, and some of the public schemes available, for instance the knowledge pilot scheme. The GTS institutes are experts in pinpointing and solving the challenges that emerge during a development process, says Thürmer.

For Thürmer Tools, digitisation was a huge expansion. The company went from employing researchers as 5 per cent of their staff to more than 80 per cent today. This change was essential, in Thürmer’s view, for success in digitisation. Disrupting the business has been nothing short of crazy – even crazier than I expected. We’ve met the objectives we set ourselves four years ago. But it’s is a never-ending journey, says Thürmer.

We use cookies on our website to give you the most relevant experience by remembering your preferences and repeat visits. By clicking “Accept”, you consent to the use of ALL the cookies.
Cookie settingsACCEPT
Manage consent